CINEMAflix DIRECT provides filmmakers the opportunity to book and sell their films on the three major ancillary (non-theatrical) markets:

The goal is to generate the income you’ll need to recover your costs, pay off your investors, and have enough left over to finance your next film.

Overseeing the entire operation are Elliott Kanbar and Donald Rabinovitch:

View CINEMAflix Presentation as PDF in English or Spanish. 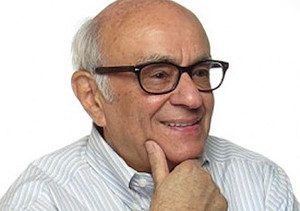 turer on Cinema Economics at the Wharton School at the University of Pennsylvania and at the Tisch School of the Arts. Kanbar was also a participant at Columbia University’s Center for Career Education. “New York Resident Magazine” named Kanbar one of its TOP 100 NEW YORKERS OF THE YEAR, stating that “These men and women who live and work in the Big Apple make daily existence in the world’s greatest city a little better for every one of us.” In the “West View News,” journalist Irv Bauer wrote that “Kanbar has initiated an aggressive, doable program to assist filmmakers in a practical, purposeful, financially viable way to get their films before the public, have them reviewed, and give them a platform to fulfill their potential.” Kanbar is the author of the definitive book on film distribution, YOU FINALLY FINISHED YOUR FILM. NOW WHAT? and the soon to be published DON’T LET YOUR FILM DIE: HOW TO PLAN A SUCCESSFUL LAUNCH WITHOUT GOING BROKE. Both books published by Council Oak Books, San Francisco. 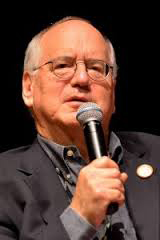 Donald Rabinovitch, Executive Vice President, Business Development & International Sales.
Donald Rabinovitch earned an MBA in International Business at George Washington University. He served in South America for three years in the U.S.Peace Corps and was a co-founder, President, and Co-CEO of AFP Imaging Corporation, a NASDAQ-listed company. He was also the Founder of the Andes Film Company which produced three feature films: “Route 9,” “On the QT,” and “Mendy.” The films won awards at Tribeca, Berlin, Sao Paulo, and Miami. He also served as co-founder and Executive Vice President of the QUADflix SELECT Program, which distributed over 300 films in North America. He has spoken at film festivals in Cannes, France, Ireland, Colombia, Argentina, Israel, the Dominican Republic, Canada, and on various online learning sites.